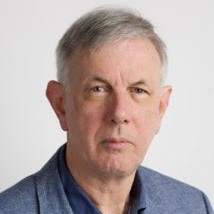 Dan graduated from N.U.I., Maynooth College, with a degree in Sociology and History in 1974.  He taught in Milford, Co. Donegal from 1976 to 2009 and was involved in the development and implementation of Life Skills programmes.  This work sparked an interest in personal development and he attended a number of workshops in the Irish Gestalt Centre in the late 1980’s which eventually led to participation in the training programme from 1989 to 1993.  He continued to work in education and from 2000 to 2009 he worked as a Home/School/ Community Liaison Coordinator while developing his own private practice. He is an accredited psychotherapist and supervisor who works full time in private practice alongside his role in the Gestalt Institute.  Dan is the training co-ordinator for Modules 1-3 of the Masters/Postgraduate Diploma Programme.